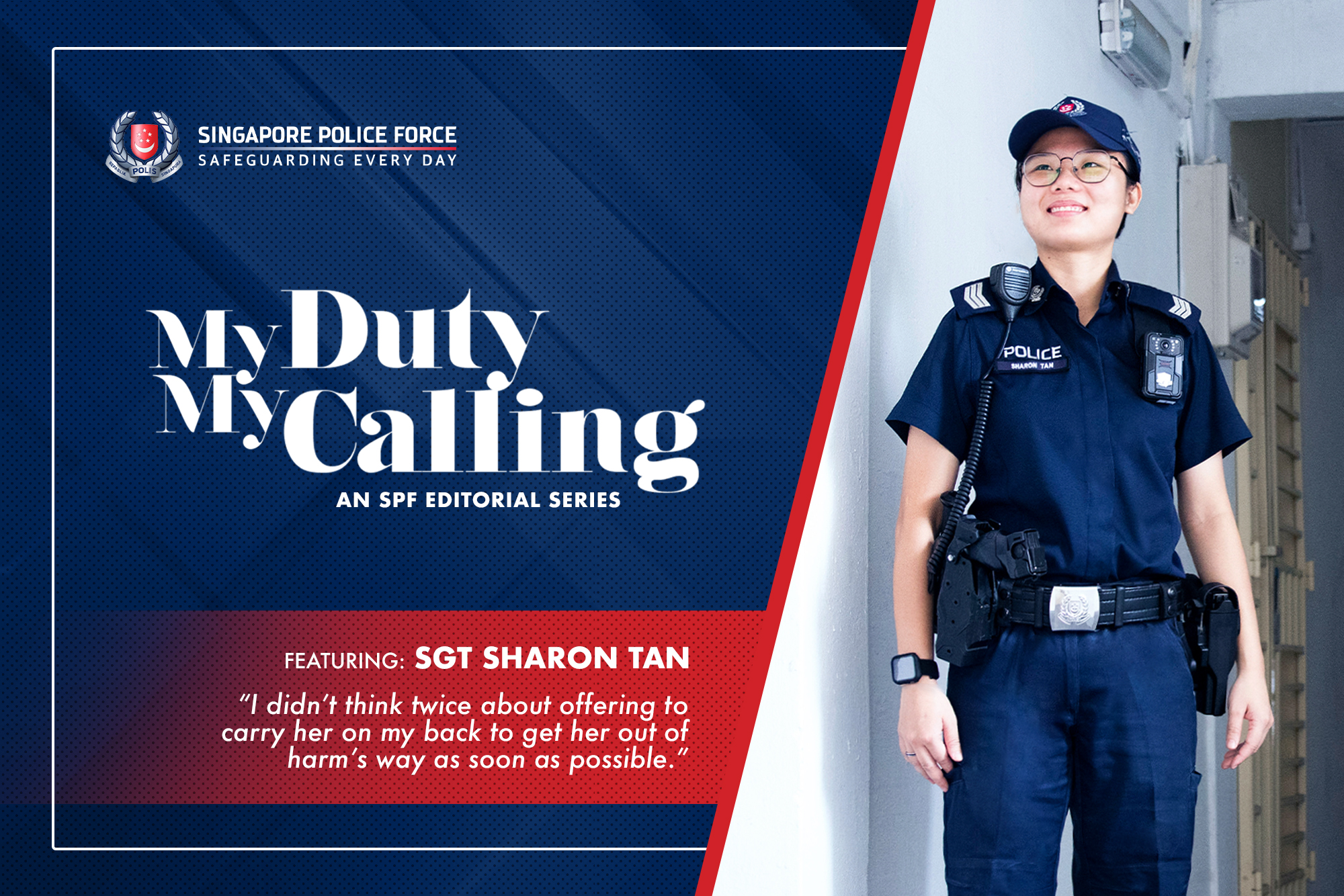 This wasn’t the first fire incident I attended to, but it was much bigger this time round. When my partner and I first arrived at the scene, a crowd of onlookers had already gathered on the ground floor. I looked up and saw flames coming out from one of the windows on the upper floors. As we headed towards the block, we heard a loud explosion coming from the unit. "As we headed towards the block, we heard a loud explosion coming from the unit"


Our job was to quickly evacuate the residents from the affected floors. Due to the thick smoke, visibility was very poor. It was so dark that we couldn’t tell whether the corridor lights were on. The estate had many elderly folks, some of whom can be quite stubborn. Even after explaining to them about the situation, they would go back into their homes and we had to make repeat trips to these units to check if the residents had left. "Our job was to evacuate the residents from the affected floors"


While I was doing this, I spotted an old woman near the unit that was on fire on the eighth floor. She appeared to be in her seventies and seemed to have trouble breathing due to all the smoke. I found out she had gone down to the evacuation assembly area earlier but went back up to retrieve her medication. However, she grew increasingly breathless on the way up and she now found herself in a dangerous situation.

I didn’t think twice about offering to carry her on my back to get her out of harm’s way as soon as possible. With her on piggyback, I brought her to the evacuation assembly area where paramedics were able to provide her medical assistance.

The next day I found out that a photo of me carrying the old woman appeared in the newspapers. To be honest, I don’t think that I did anything especially ‘heroic’. It was just something that I needed to do as part of my duty. It was my calling.