The Police have arrested 24 men and five women, aged between 32 and 75, for their suspected involvement in providing unlawful remote gambling services.

In an operation conducted on 17 July 2022, Police officers from the Criminal Investigation Department, Police Intelligence Department, and Special Operations Command mounted simultaneous raids at multiple locations island-wide, including Redhill, Bukit Batok, Hougang, Jurong West, Teban Gardens and Tampines resulting in the arrests. During the operation, cash amounting to about $730,000 and electronic devices such as computers and mobile phones, and gambling-related documents were seized. The Police also froze the suspects’ bank accounts.

Two men, aged between 39 and 49, will be charged in court on 19 July 2022 with offences under the Remote Gambling Act 2014, and a court order will be sought to remand them for further investigations.

Under Section 9(1)(d) of the Remote Gambling Act 2014, any person who facilitates participation by others in remote gambling in accordance with arrangements made by a principal of the agent, which may include allowing a person to participate in such remote gambling, shall be guilty of an offence and shall be liable on conviction to a fine of not less than $20,000 and not more than $200,000, to imprisonment for a term not exceeding five years, or both.

Under Sec 9(1)(e) of the same Act, any person who assists in providing unlawful remote gambling service for another shall be guilty of an offence and shall be liable on conviction to a fine of not less than $20,000 and not more than $200,000, mto imprisonment for a term not exceeding five years, or both.

The Police will continue to clamp down on criminal activities, including remote gambling. Those found engaging in illicit activities will be dealt with sternly in accordance with the law. 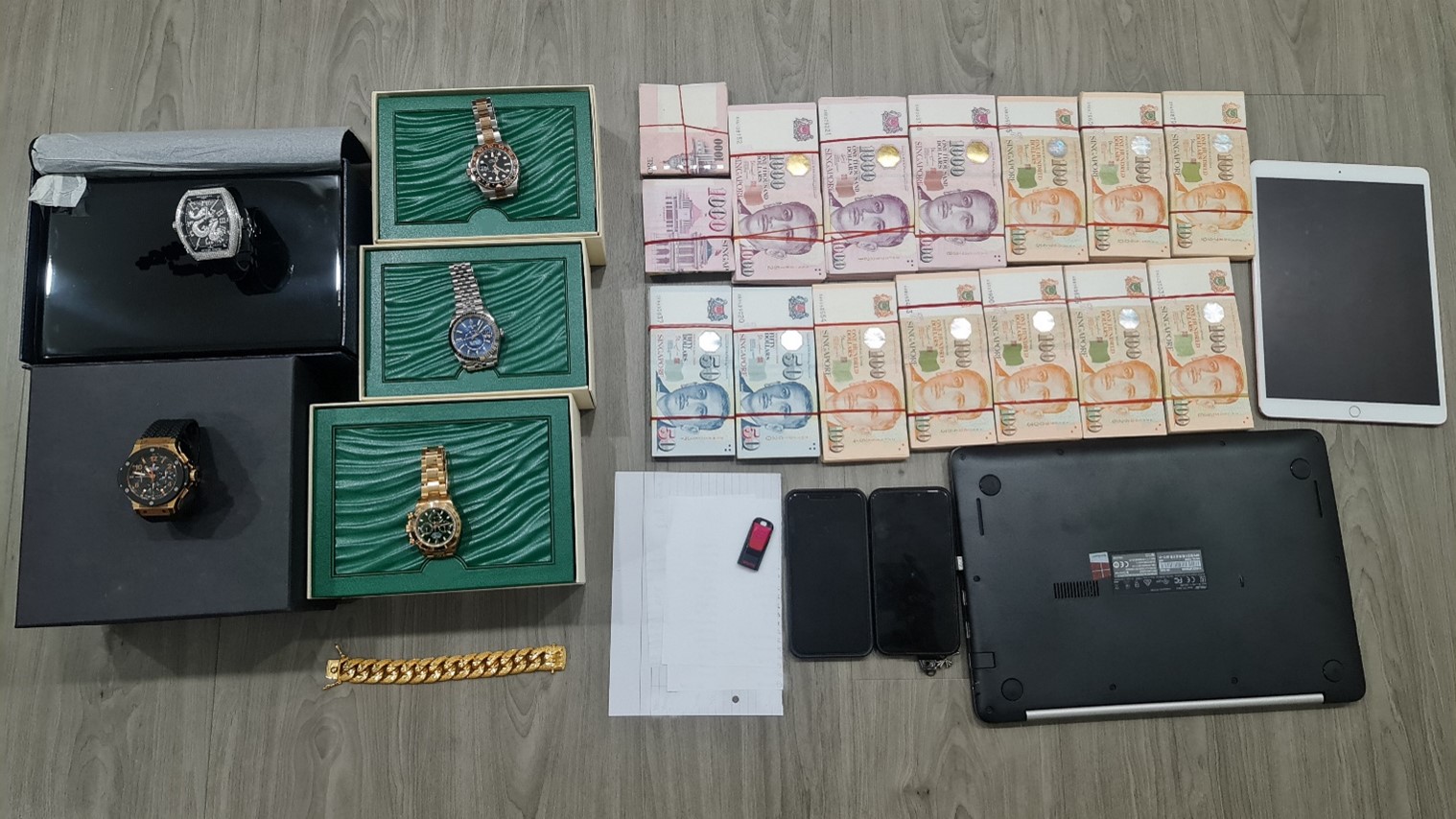