The origins of the Singapore Police Force can be traced to Sir Stamford Raffles’ founding of Singapore as a British trading post. Formed with just 12 men in May 1820, the police force has grown from strength to strength, in tandem with the nation’s progress, keeping Singapore as one of the safest cities in the world.

The Police Heritage Trail marks the Force’s contributions to policing this city-state from its infancy to its rise to prominence as a highly developed nation. Starting from the first Police Office by the Singapore River, to key police establishments located in the civic district of Singapore, the trail reflects the developments in policing since the 1800s.

The sites and stories of the trail gives a glimpse of the complex interplay between justice and law, architecture and power. Far from serving functional roles as buildings, the sites are characterised by the unique communities that inhabited them. 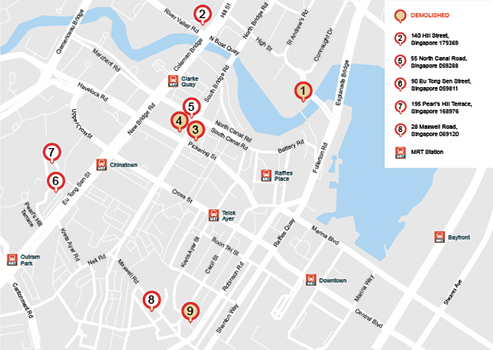 Police LifeThe online magazine of the Singapore Police Force (SPF) that covers subjects that are of interest to the community, our officers and our partners. Learn more about the SPF through our profiles and articles!
Our Mission and VisionThe mission of the SPF is to prevent, deter and detect crime to ensure the safety and security of Singapore.
e-ServicesAccess SPF e-Services to lodge a lost property report, a traffic accident report or a police report that does not require immediate police action.
SHARE