In an island-wide anti-scam enforcement operation conducted between 8 and 18 March 2022, the Commercial Affairs Department arrested five men, aged between 18 and 26, for their suspected involvement in perpetrating Ponzi-like job scams involving E-Commerce Affiliate Business (EAB). Another two men and seven women, aged between 18 and 72, are also being investigated for their suspected involvement in the job scams.

In order to perform more job tasks and earn their commission, the victims were directed to recruit more members to upgrade their membership status. In most cases, the victims would be convinced that it was a legitimate job as they would receive commissions and profit during the early stage of their memberships. Victims would realise that they had been scammed when they did not receive further commissions or were unable to make withdrawals from their member accounts.

During the 11-day operation, officers from the Commercial Affairs Department mounted simultaneous island-wide operations and arrested the five men. Another two men and seven women were traced and investigated for their suspected involvement in the EAB related job scams. Preliminary investigations revealed that EAB is believed to be running Ponzi-like schemes where the new job seekers’ money was used to pay the promised commissions to existing job holders. Four men, aged between 19 and 26, are believed to have facilitated in the schemes by disclosing their SingPass login details and their own bank accounts to unknown persons for easy money. Their SingPass details were then used by the syndicate to open corporate bank accounts which were used to launder proceeds of cheating. Preliminary investigations also revealed that the scammers would change the Uniform Resource Locators (URLs) for the EAB website to continue to perpetrate the job scams.

The four men will be charged in court on 21 March 2022 with the offence of disclosing their Singpass login details under Section 8(2)(a) of the Computer Misuse Act 1993. If convicted, they will each be liable to a fine not exceeding S$10,000, to imprisonment not exceeding three years, or both, for first-time offenders. Investigations against the other three men and seven women are ongoing.

The Police would like to caution job seekers to be wary of online job advertisements that promise the convenience of working from home and being paid a high salary for relatively simple job responsibilities. Legitimate businesses will not require job seekers to utilise their own bank accounts to receive money on the businesses’ behalf or to make upfront payments to secure the job offers and earn commissions. These acts are common ruses used by scammers to lure individuals into participating in their schemes or scams. To avoid being involved in money laundering activities, members of the public should always reject requests to use their personal bank accounts to receive and transfer money for others.

The Police would like to advise members of the public to look out for the following red flags when they receive unsolicited job offers from unknown numbers or come across job advertisements online:

To avoid becoming involved in money laundering activities, members of the public should always reject requests to disclose their SingPass login details or allow their personal bank accounts to be used to receive and transfer money for others. 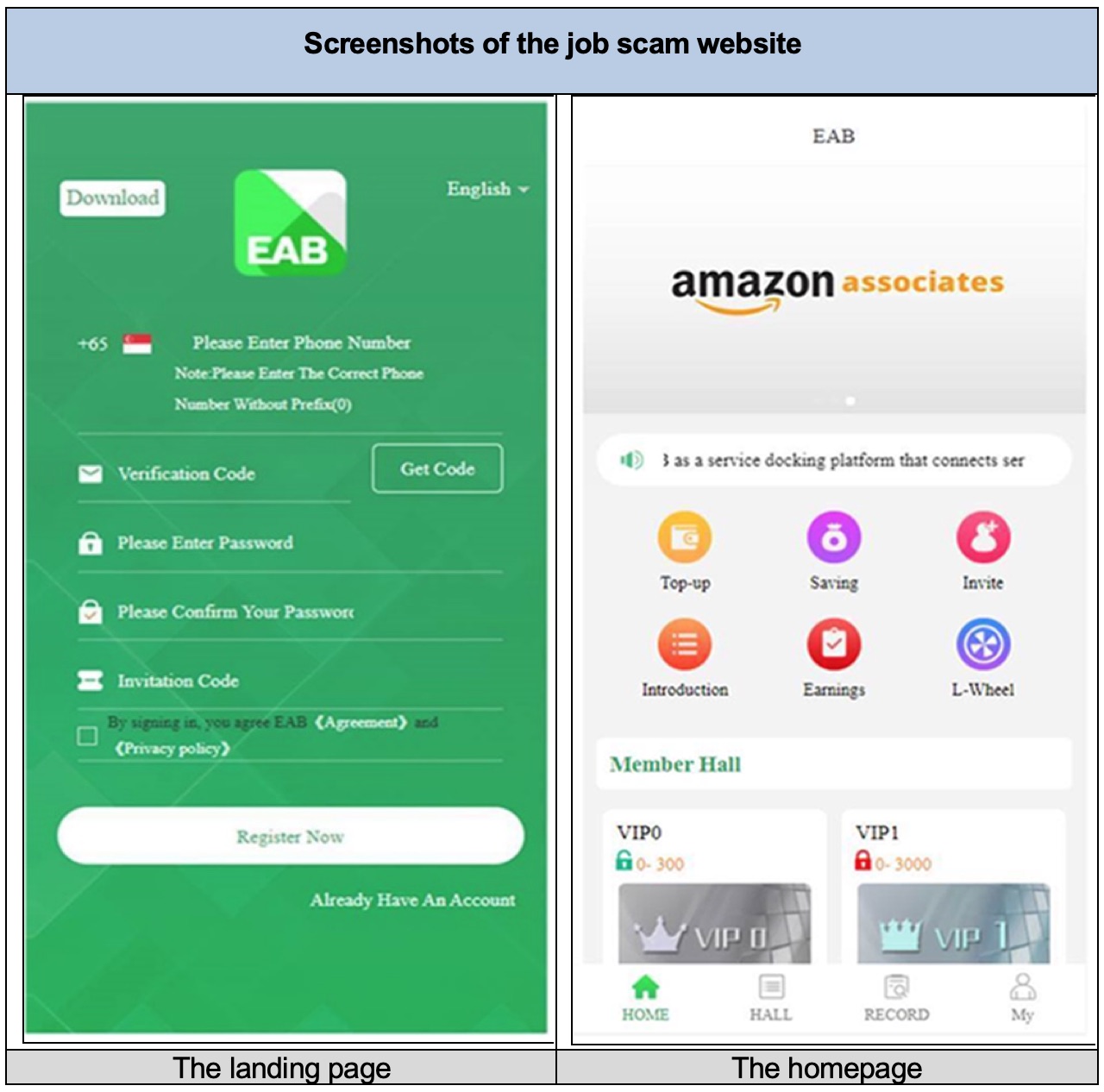 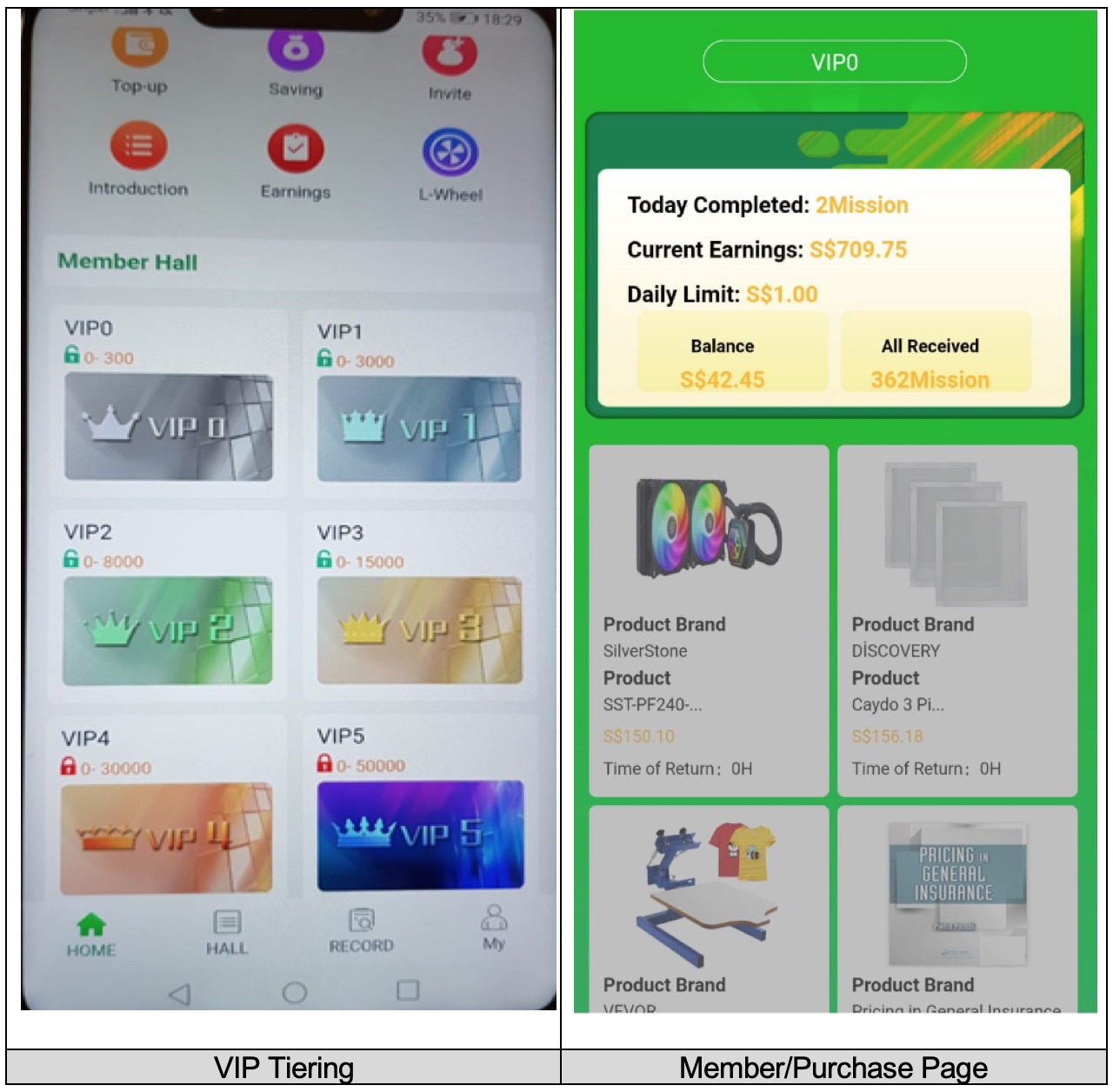 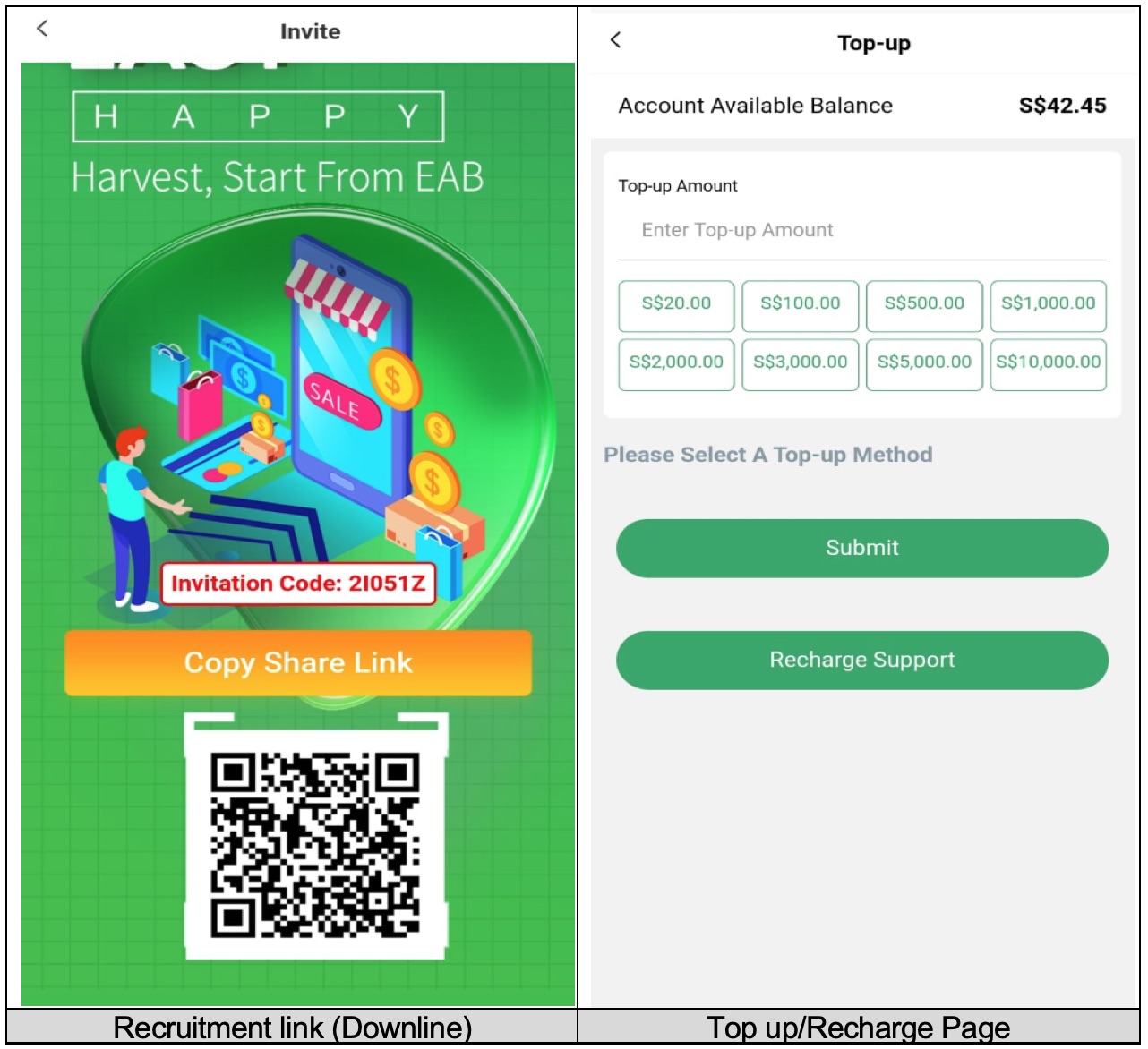