To ensure safety and security at the event, members of the public attending the NDP 2022 Preview 2 are advised to arrive early to allow ample time for security checks on persons and belongings. The public is advised to minimise the amount of personal belongings brought into the venue to facilitate quick security clearance.

Any container (100ml capacity or larger) containing liquid, aerosol or gel will be subjected to additional checks. Canned drinks and canned items will not be allowed into the venue. Each ticket holder will receive an NDP Pack which includes sustenance items such as water and light snacks. Actions may be taken against anyone who attempts to bring in prohibited items as listed in Annex A.

This year, members of the public intending to visit Marina Bay can also check out the new Crowd@MarinaBay map found on https://go.gov.sg/crowdatmarinabay to view real-time crowd levels and closure areas at the various firework viewing spots.

With large crowds expected around the Marina Bay, the public is advised to be vigilant and to safeguard their belongings. 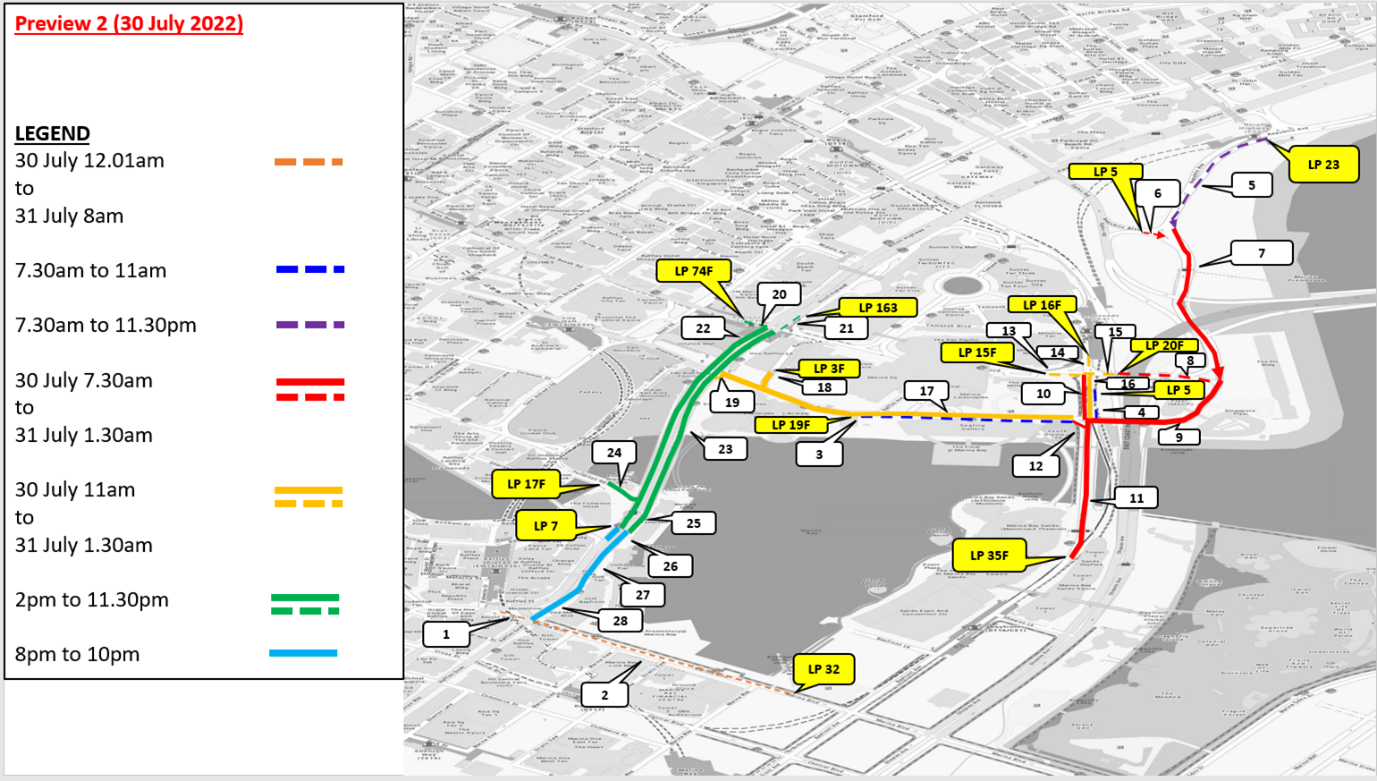 During the closures, access will only be granted to authorised vehicles as well as police and emergency vehicles. Auxiliary police officers and Singapore Armed Forces (SAF) marshals will be deployed at the affected junctions to assist and direct motorists.

Similarly, motorists proceeding to Suntec City and Marina Square from Raffles Avenue, Raffles Boulevard, and Bayfront Avenue are advised to use alternate routes via Nicoll Highway or Rochor Road leading to Temasek Boulevard.

Parking restrictions along the affected roads will be strictly enforced. Vehicles found parked illegally or causing obstruction will be towed.

After the Parade has ended, dispersal is likely to be slow due to the large crowds expected in the Marina Bay. The public is advised to be patient and to follow the direction of the SAF marshals as well as the Police. 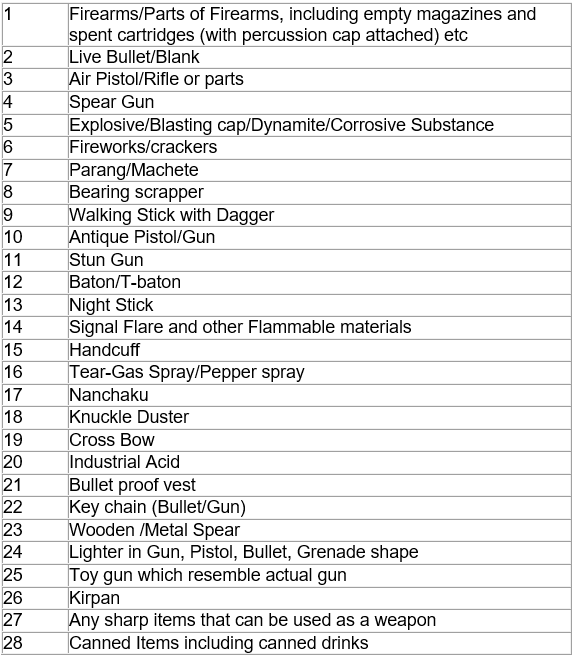