The Police have arrested a 50-year-old man for his suspected involvement in a case of voluntarily causing grievous hurt by dangerous weapon.

On 18 September 2022 at about 4.10am, the Police were conducting foot patrol along Beach Road where they noticed a commotion at a taxi stand. Officers found a 31-year-old man with lacerations on his chest and abdomen, who alleged he had been assaulted by another man with a sharp object. The 31-year-old man was conveyed conscious to the hospital.

Based on the description provided by the man and a witness, the officers spotted the 50-year-old man in the vicinity of the taxi stand and arrested him. A pen knife was seized as case exhibit. Preliminary investigations revealed that both men were unknown to each other. Police investigations are ongoing.

The man will be charged in court on 19 September 2022 with voluntarily causing grievous hurt with dangerous weapon under Section 326 of the Penal Code 1871. The offence carries a life imprisonment term, or an imprisonment term which may extend to 15 years and/or fine, and caning. A court order will be sought for the man to be remanded at the Institute of Mental Health. 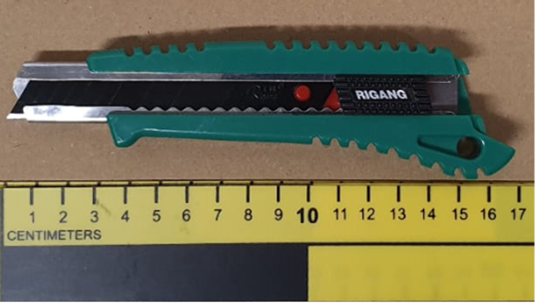