Formed in May 1820, the SPF is one of the oldest government organisations in Singapore. From our humble beginnings of a 12-man team, led by Francis James Bernard, we have grown from strength to strength, in tandem with the nation.

Policing in Singapore can trace its origins to soon after Sir Stamford Raffles established a trading post in Singapore. Recognising the need for law and order in the booming immigrant town, Major-General William Farquhar, the first British Resident of colonial Singapore, established the police department in 1820. He appointed his son-in-law, Francis James Bernard as the Police Assistant. The Force comprised 12 men including the Police Assistant, a writer, jailor, jemadar (sergeant), and eight peada (constables) to enforce law and order in the fledgling settlement. 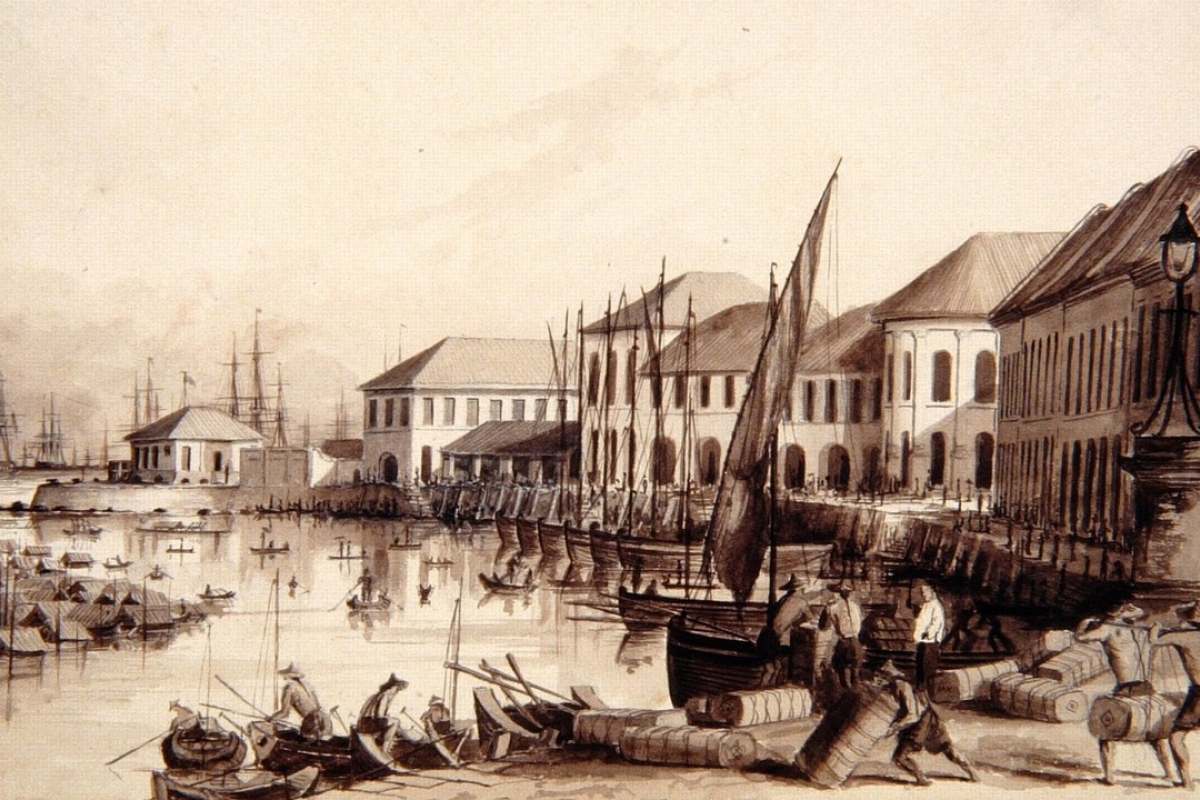 In 1826, Singapore became incorporated into the Straits Settlements. The police force in Singapore came under the command of the Resident Councillor John Prince. Singapore, with its largely poverty-stricken immigrant population and pirate ships threatening maritime trade faced high crime rates in its early years. The development of the legal institutions could not keep pace with the growing population. Many crimes went unreported. Further exacerbating the problem was the lack of proper supervision in the police force and poor morale among the rank-and-file officers. 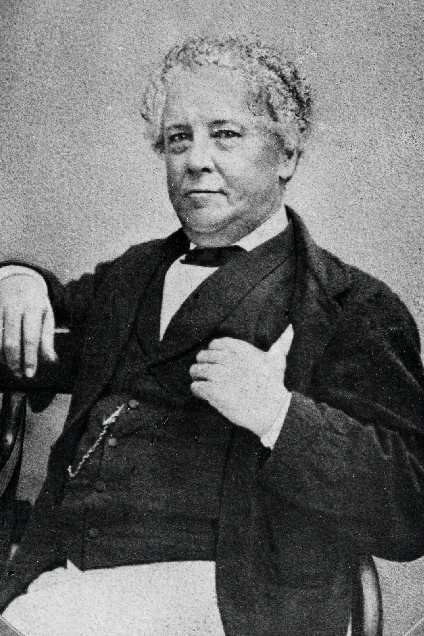 Following an urgent public meeting in February 1843 to discuss measures to fight rampant crime, Mr Thomas Dunman was assigned the twin portfolio of Deputy Magistrate and Deputy Superintendent of Police. Working tirelessly to improve the Force, he raised the calibre of policemen by stressing on discipline amongst officers. By 1846, he had established rules and regulations for officers to adhere to, drew patrol sector boundaries and introduced a standard uniform for use. He also fought for better working conditions and wages, shorter hours and a pension scheme. When the Police Act of 1856 came into operation on 1 January 1857, Dunman became the first full-time Commissioner of Police. He served with distinction until 1871.

During this period, the police force also introduced its first specialist units to combat specific crimes. Between 1859 to 1867, police stations were installed along the coast to suppress piracy, a Marine Police was set up and a Detective Department was established to combat secret societies. 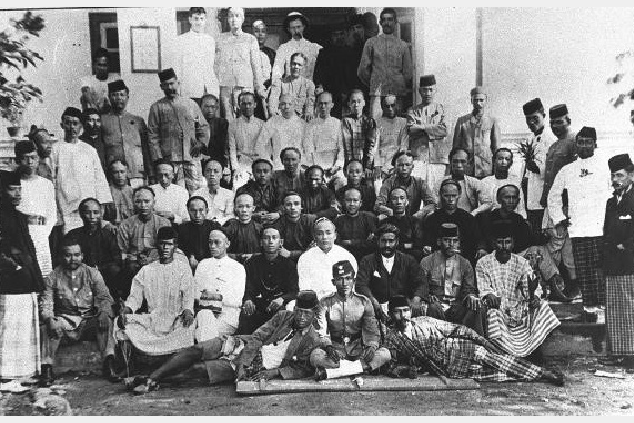 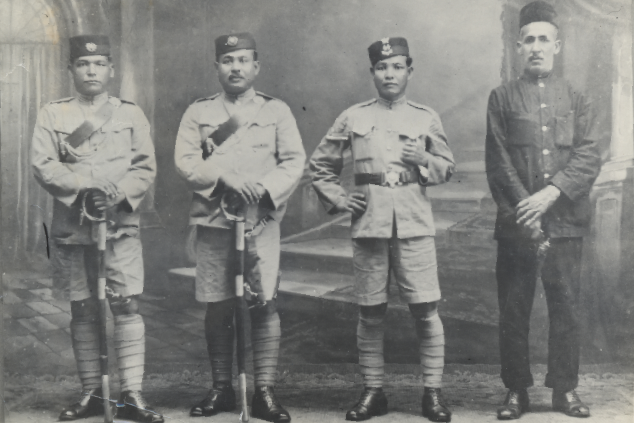 The Straits Settlements Police Force faced many challenges in this new era. With the growth of trade due to events like the opening of the Suez Canal in 1869, Singapore grew rapidly. As the port flourished, large numbers of Chinese coolies flocked to Singapore looking for work. The new waves of mostly poor and uneducated male migrant workers brought along law and order problems. Prostitution, gambling, drug abuse, secret societies activities and riots were widespread. Secret societies in particular, proved to be a major source of crime resulting in incessant rioting, thuggery and abuse of new immigrants. To combat this, the Chinese Protectorate was established in 1877 and new laws were passed to control secret societies. Following the 1879 Commission of Inquiry into the state of the police force, a new Sikh Police Contingent (SPC) was formed in the local police force in 1881. The SPC was deployed to form the nucleus of an elite armed police and, together with measures to reign in the influence of secret societies, proved an immediate success in maintaining law and order. 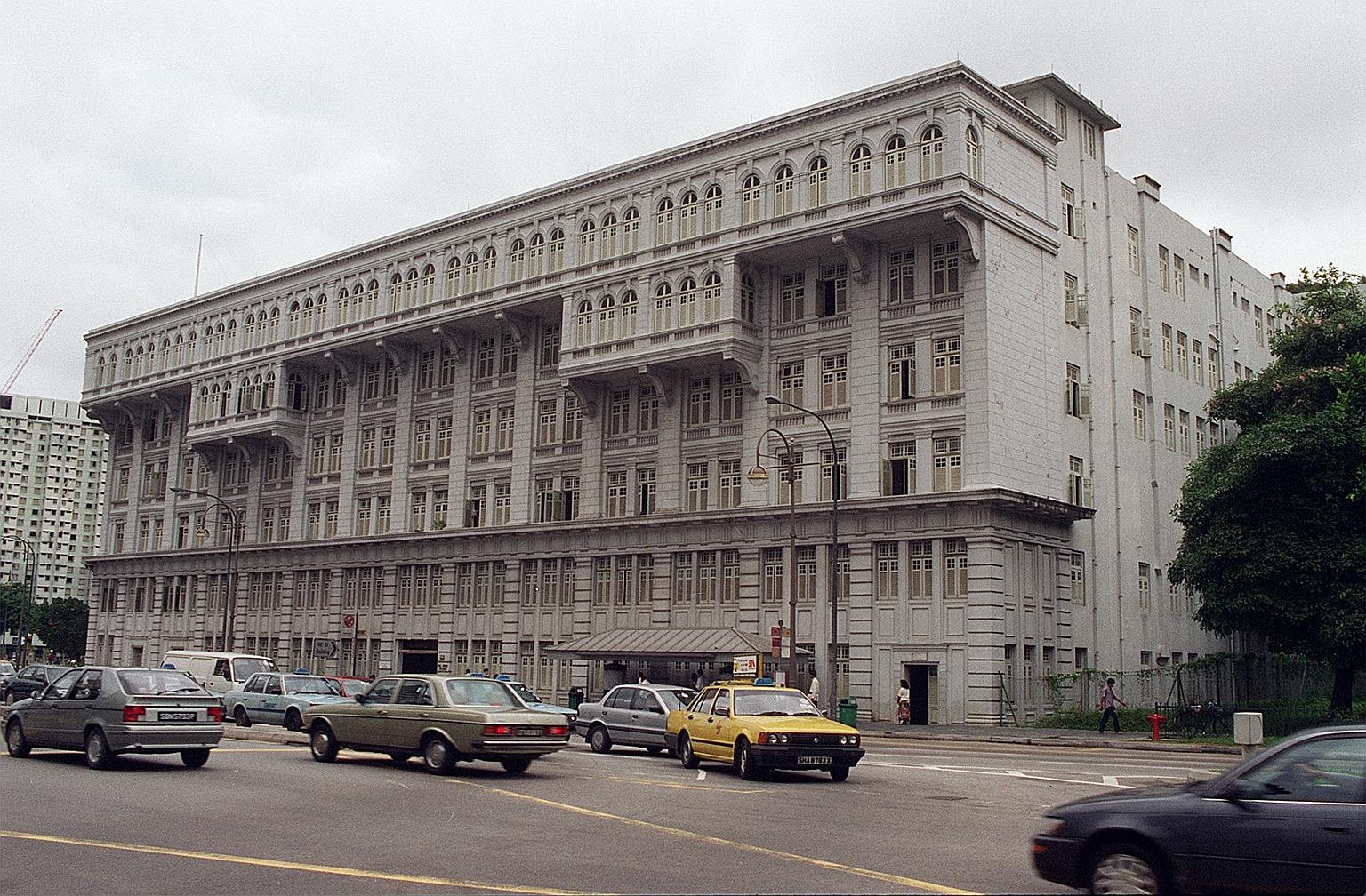 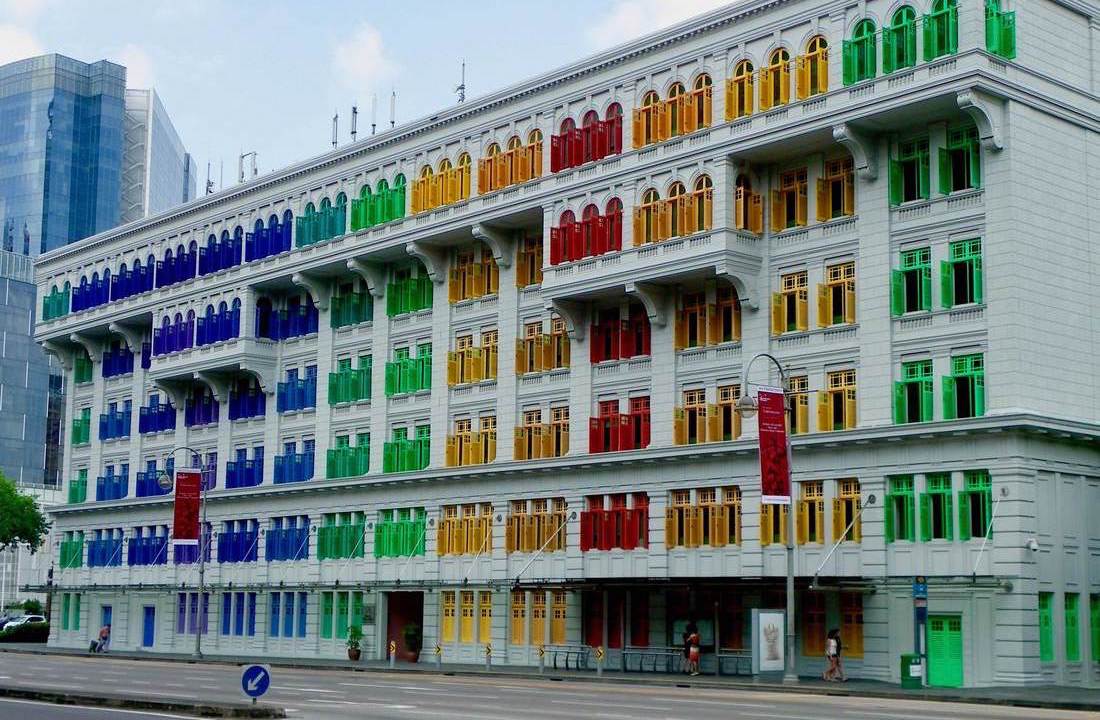 Old Hill Street Police Station vs now. The building was large for its time and once referred to as the ‘police skyscraper’. It was built as part of an infrastructural modernisation programme in the 1930s. Source: Courtesy of National Archives of Singapore

The turn of the century saw an ever increasing population and the police had to expand to cope with increasing crime, particularly internal security threats linked to overseas events in China, India, and Japan. The police responded with an expansion of policing and investigative capabilities, instituted proper training with the establishment of the Police Training School in 1929, as well as improved working conditions with new police stations. The Straits Settlements Police’s actions against communists and secret societies helped make Singapore safer and more prosperous but bred some resentment among the sympathetic Chinese who saw the police as a tool of the colonial government.

On 15 February 1942, Singapore fell to the Japanese and remained in occupation until their surrender in September 1945. This occupation dealt a heavy blow to the police force as many of its leaders, including Inspector-General A. H. Dickinson, were interned and it came under the control of the Japanese. 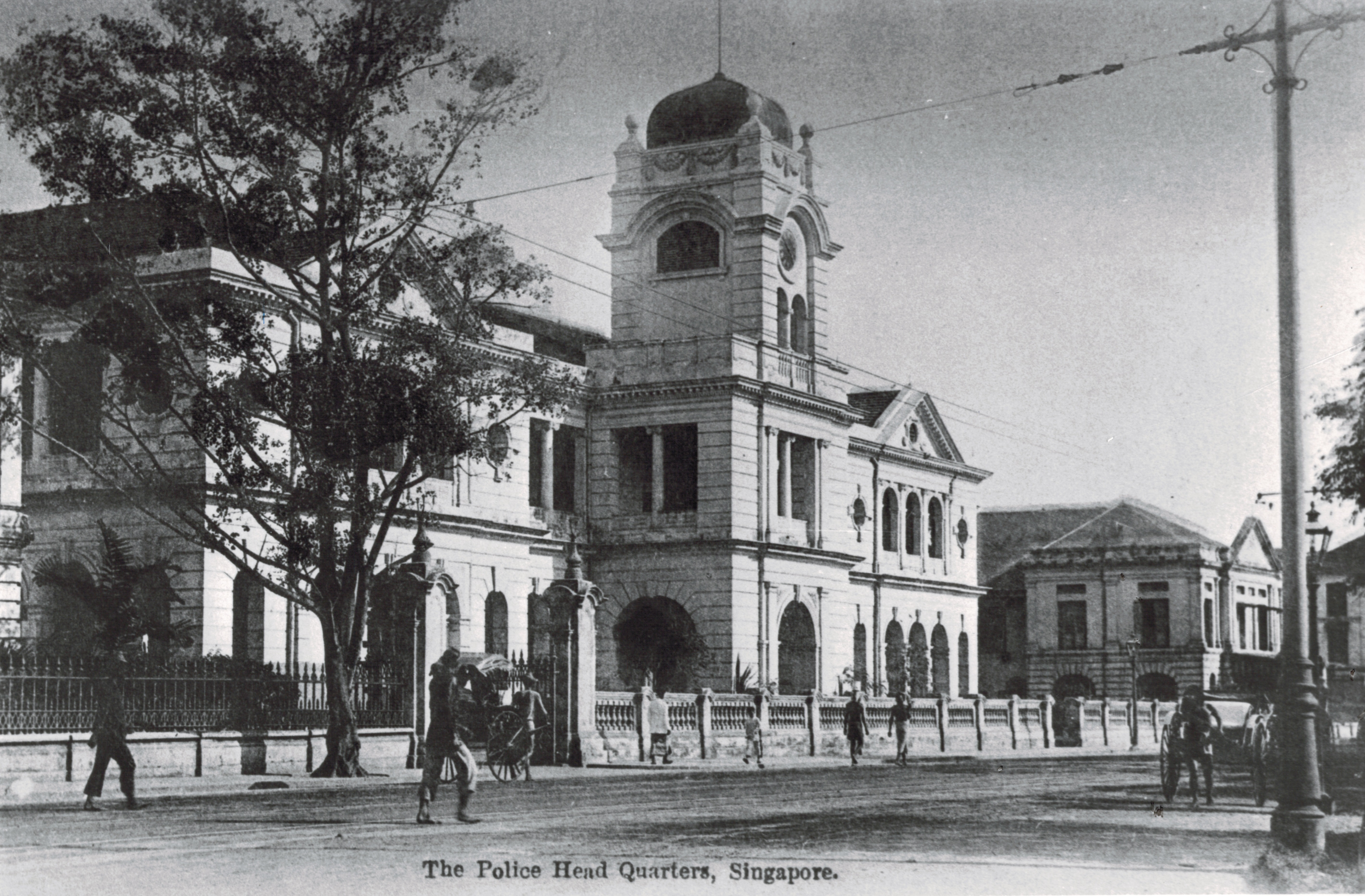 Central Police Station along South Bridge Road in 1911. The building was the police headquarters from the 1860s-1930s and demolished in 1978. Source: Courtesy of National Archives of Singapore

The British Military Administration took charge of Singapore until 1 April 1946 when the Straits Settlements was dissolved and Singapore became a crown colony. Under this new administration, the police in Singapore was renamed the Singapore Police Force (SPF) in 1945 and headed by Colonel R. E. Foulger. The police faced a state of mayhem as secret societies flourished with a vengeance, even extending their influence into politics and government circles, after being clamped down by the Japanese. Meanwhile, communists were instigating strikes to sabotage the British government by undermining confidence in public order in their bid for political dominance. This led to the declaration of a 12-year long Emergency in Malaya in 1948, and a series of protests by unions and Chinese schools in the 1950s till the 1960s. 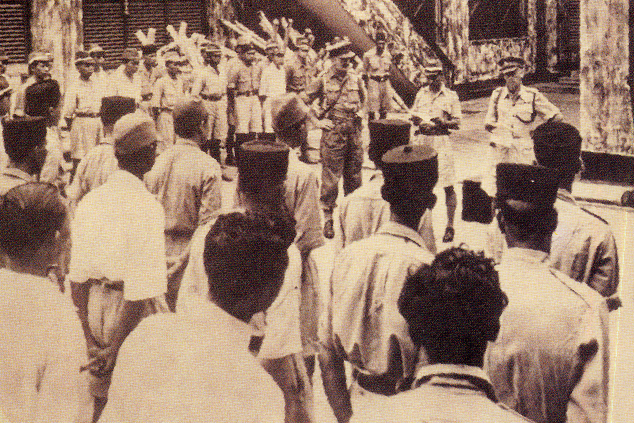 To augment the police staff strength depleted by the Occupation, the Volunteer Special Constabulary, Gurkha Contingent, and Riot Squad established in 1946, 1949, and 1952 respectively provided assistance during the 1950s’ riots. The first Women Police Unit within the Special Constabulary was formed in 1949. A breakthrough for the post-war police was the launch of the emergency hotline ‘999’ in 1947, following the success in salvaging radio equipment left by the Japanese and formation of the Radio Division. This enabled the police to respond faster to the scene and drastically reduced crimes like armed robberies. 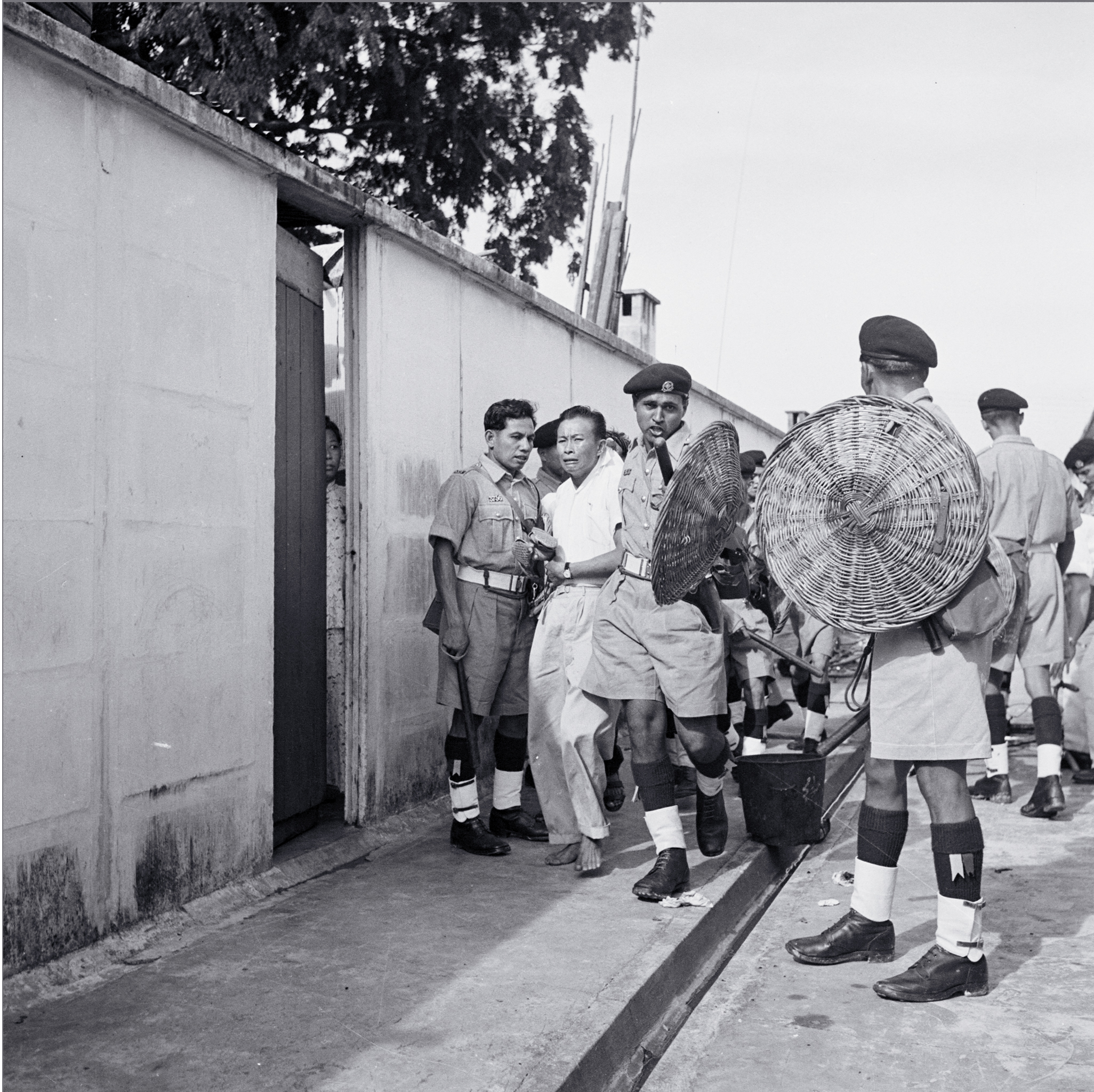 The first police patrol car from the 1940s vs 2020. Radio patrol cars were first introduced in the late 1940s, together with the ‘999’ hotline. It drastically enhanced the Police’s ability to provide timely response to crimes. Source: SPF

Birth of a New Nation

Singapore attained self-governance in 1959. In 1963, Singapore merged with the Federation of Malaya and became a part of the newly formed Malaysia. The young nation faced many threats to its security, and had to work to build up its defenses, institutions and people in order to safeguard its future. Factions against the merger stirred up racial and communal violence, with the worst riots occurring in July and September 1964. Singapore was also subject to spate of bombings carried out by Indonesian saboteurs during the Indonesian Confrontation against Malaysia between 1963 and 1966. The Vigilante Corps was formed in May 1964 amidst the precarious situation. Over 10,000 people from all walks of life registered to help the police in street patrols against saboteurs. 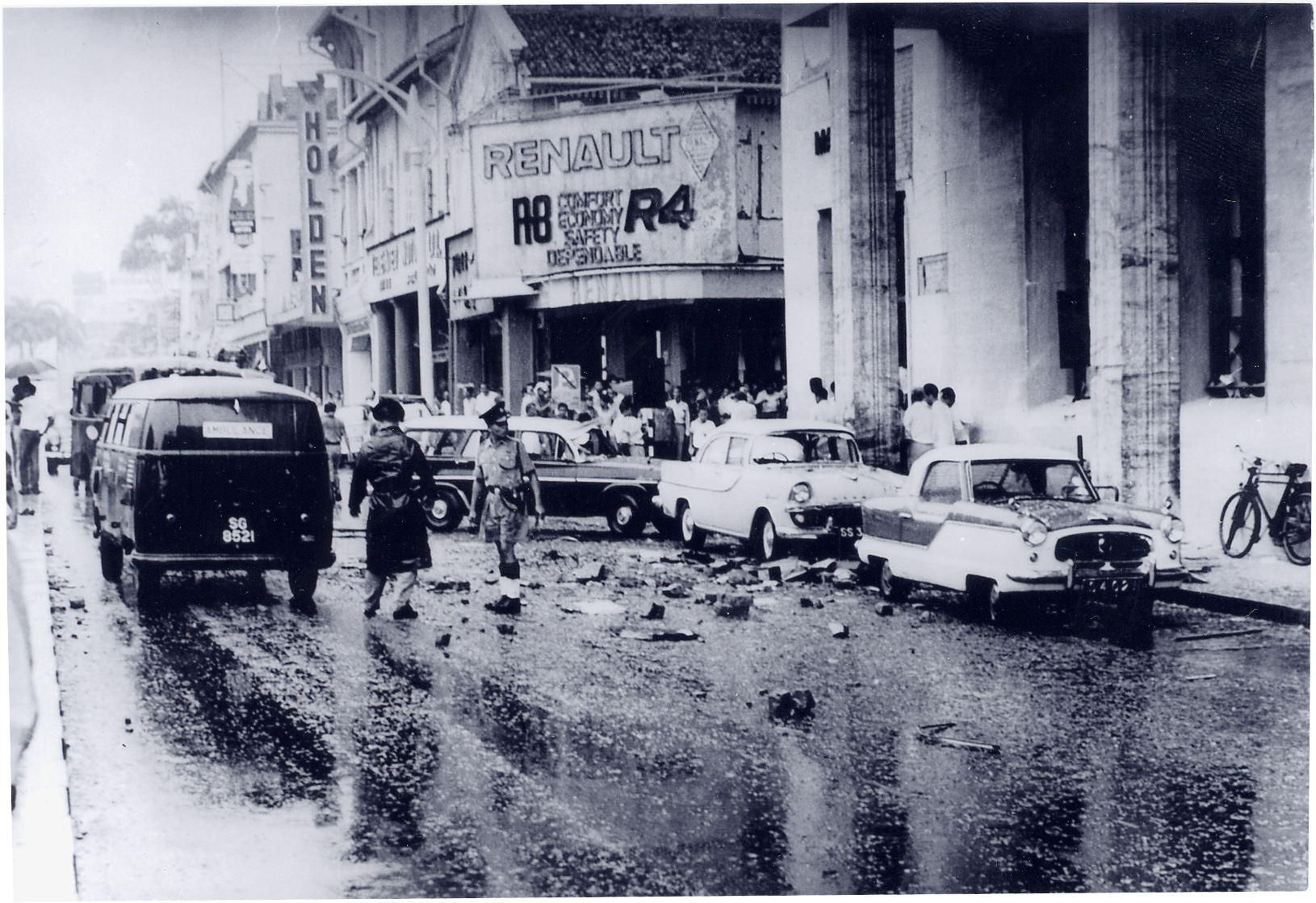 Officers responding to the MacDonald House bombing in 1965. It was instigated by Indonesian saboteurs during Konfrontasi. © SPH 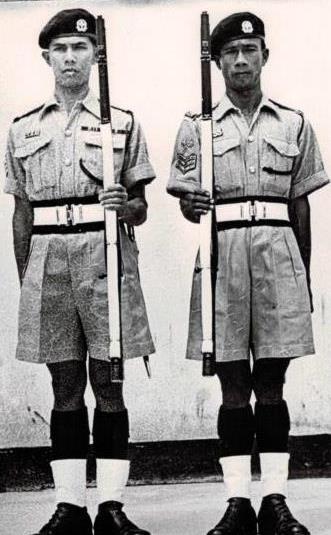 Officers in the 1950s vs today. They remain committed to keeping Singapore safe. Source: SPF

Policing in a Post-independent Singapore

On 9 August 1965, Singapore separated from Malaysia and became an independent republic. In 1968, the Police crest adopted the name ‘Polis Repablik Singapura’, or Republic of Singapore Police. In charge of its own defence, the police took on a bigger role in securing the nation. Within five years of independence, recruitment numbers expanded, Police National Service was introduced in 1967, the Force was inducted into the Interpol, and the Police Training School was elevated to Police Academy. The Force was also reorganised in 1969 which saw the grey flannel shirt and khaki shorts replaced with blue uniforms consistent with international policing colour. 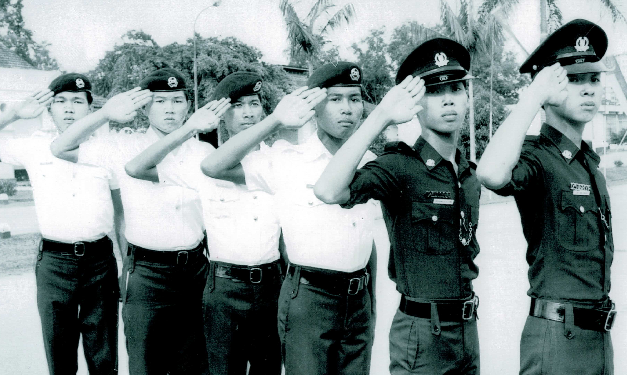 Officers from the first batch of Police National Service (Full-Time) pose for a photo in 1975. Source: SPF

By 1970, Singapore was heralding a period of peace and prosperity. Crime rates fell, secret societies were kept under control because of the passing of the Criminal Law (Temporary Provisions) Act in 1955, and rapid economic growth rendered communist ideals irrelevant.Singapore had defied the odds and its economy had taken off. Improved living standards, combined with tough and effective law enforcement – with the enactment of the Arm Offences Act and Misuse of Drugs Act in 1973 – led to a decline in crime. In 1976, the crime rate was not only the lowest in two decades, but also the lowest in the world for a city of comparable size. In a survey of the public’s opinion conducted in 1979, the indications seemed to point to the SPF as being efficient and enjoying a good public image though tending to be aloof and official. Steps were taken to make the police to be more involved with the community it was serving, and create a reliable and friendly image to win the confidence and trust by the public on whom it depended for information and cooperation. 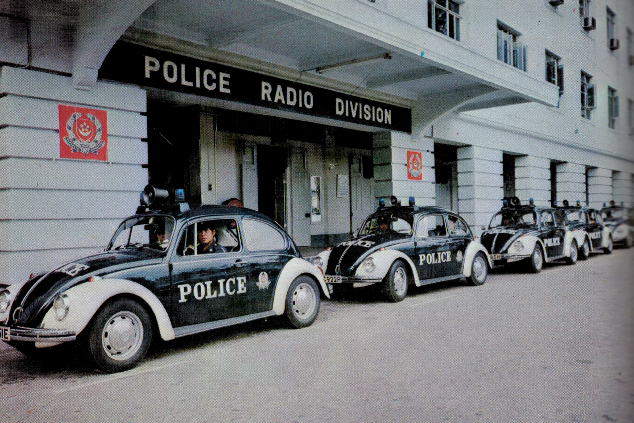 By the 1980s, the booming economy had transformed the country and this was reflected in the new urbanised landscape. By then, three-quarters of the population were living in Housing and Development Board (HDB) flats. Initiatives like the National Crime Prevention Council and Neighbourhood Watch Scheme (NWS) were launched to actively involve the public in crime prevention. These initiatives paved the way in fostering civic-mindedness and social responsibility in creating safer neighbourhoods that were instrumental for SPF’s future community projects. 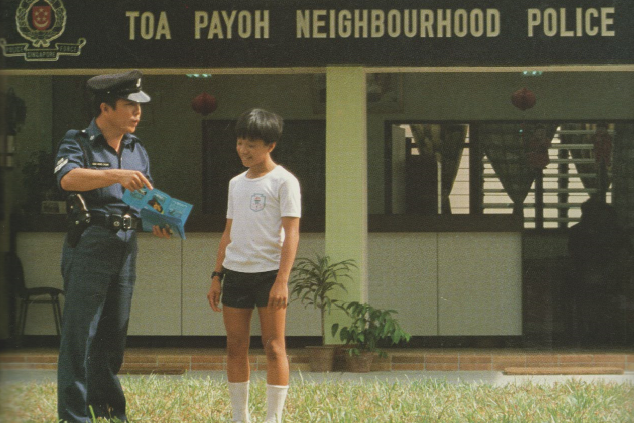 On 1 June 1983, the Force launched the Neighbourhood Police Post (NPP) system, as a manifestation of its transition to a proactive, community-based approach towards the practice of policing. Accompanying this was a transformation in the image of the police officer from being a feared enforcer of the law, to being a trusted member of the community. In 1997, the policing model was further developed into the Neighbourhood Police Centre (NPC) system which was designed to be a one-stop policing centre for the community. This system was widely successful and crime rates had dropped from 1,642 per 100,000 population to 613 per 100,000 in 2001.

Policing in the New Millennium

The 11 September 2001 attacks in New York and Washington DC and the subsequent war on terrorism changed the entire operating landscape and forced the SPF to rethink the way the Force operated. New capabilities such as bomb blast management, counter assault measures and other counter-terrorist measures were developed to deal with the new security environment. More recently, SPF geared up its counter terrorism operational capabilities with the introduction of Emergency Response Teams (ERTs) and In-Situ Reaction Teams (IRTs) to handle incidents quicker. The SPF continues to engage the community through SGSecure to sensitise, train and mobilise our community to prevent and deal with a terror attack. 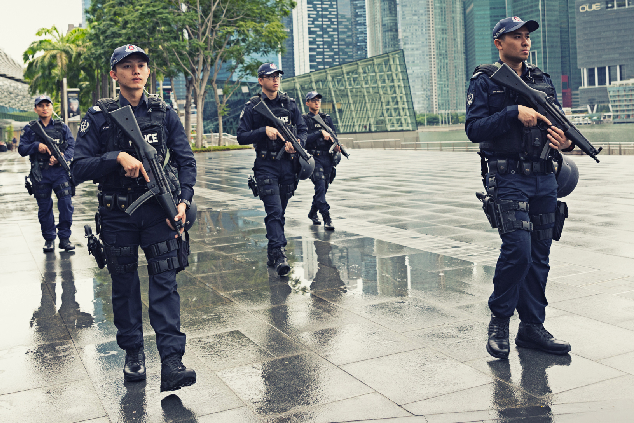 In tandem with evolving demographics, technological advancements, rising affluence and education, as well as to stay ahead of changing operating environment, the NPC system was further enhanced in 2012 to the current Community Policing System (COPS). SPF also made full use of modern technology to better manage change. Technology adoption is being strengthened with more video-analytics enabled police cameras installed at public areas and equipping frontline officers with the necessary equipment for better sense-making to fight crimes. The community remains a key partner in the fight against crime. Source: SPF

In 2018, Singapore was again ranked first in the Gallup Global Law and Order Report 2018, with 94% of our residents feeling safe walking alone in their neighbourhood at night. The strong Police-Community partnership remains an important pillar of successful policing in Singapore. SPF will continue to partner the community and stakeholders to safeguard the public safety in Singapore, and ensure that Singapore remains one of the safest countries in the world. 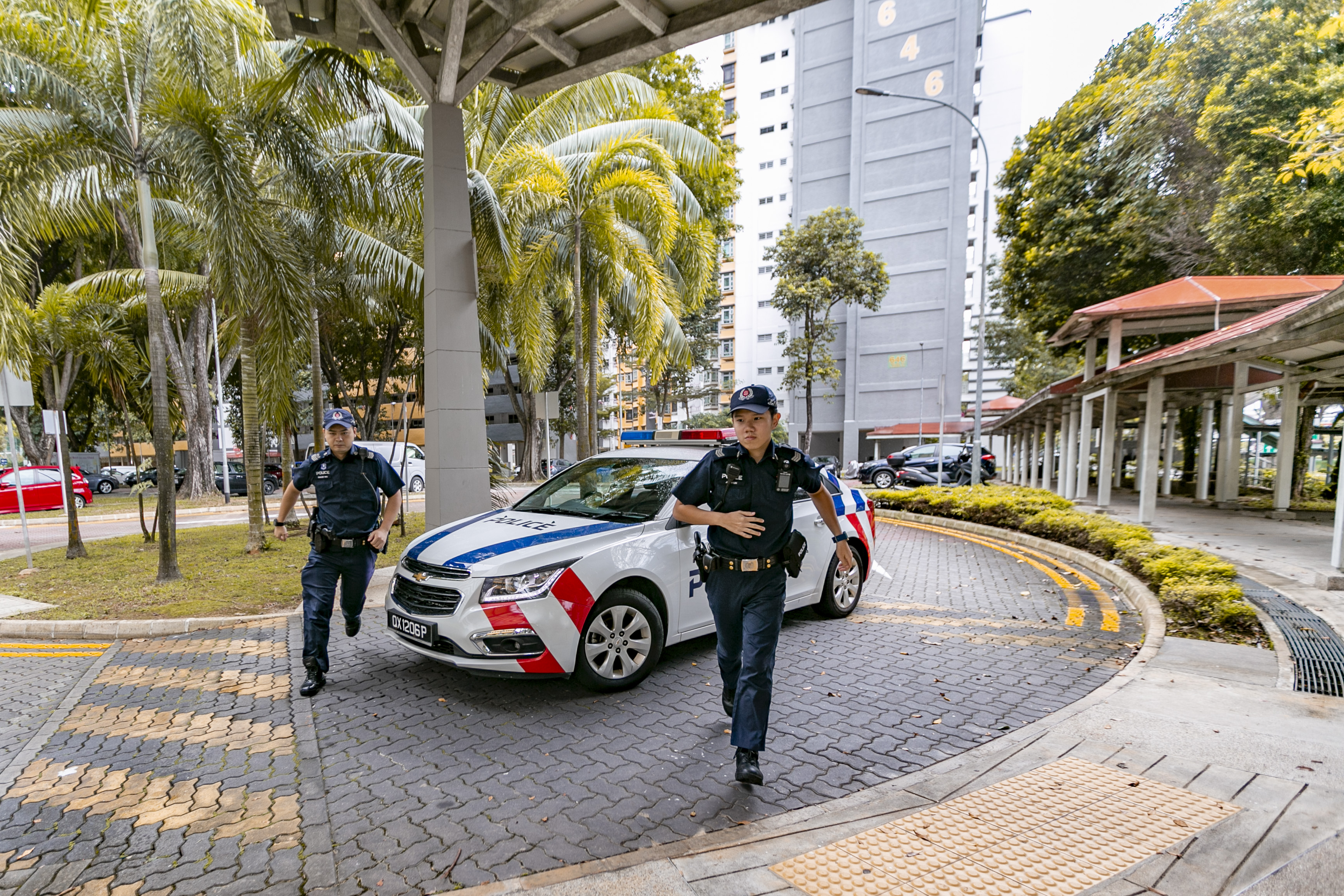 Officers work round-the-clock to safeguard our every day. Source: SPF