The Police have arrested a 30-year-old man for his suspected involvement in a case of armed robbery.

On 8 July 2021 at about 7.13pm, the Police were alerted to a case of robbery at a commercial unit along Bukit Batok Street 31. Preliminary investigations revealed that the suspect had allegedly committed robbery by showing the female victim working in the unit a handwritten note stating that it was a robbery. The suspect had also allegedly indicated that he had a knife with him in his bag. The victim complied with the suspect’s instructions and handed over to him cash amounting to about $22,000. The suspect subsequently fled the scene with the money.

Through extensive investigations and aided by footage from Police cameras, officers from the Jurong Police Division, Criminal Investigation Department, Police Intelligence Department, Police Operations and Command Centre, and Public Transport Security Command, established the identity of the suspect and arrested him within 11 hours of the incident along Lorong 8 Geylang. Cash amounting to about $18,506, two handwritten notes and a bag were also recovered following the arrest. Efforts are ongoing to recover the rest of the loot and the knife allegedly used during the robbery. The suspect is believed to have acted alone.

The man will be charged in court on 10 July 2021 with armed robbery under Section 392 read with Section 397 of the Penal Code. If convicted for robbery committed after 7pm and before 7am, the offender shall be liable on conviction to an imprisonment for a term of not less than 3 years, and not more than 14 years, and shall also be punished with caning with not less than 12 strokes. If any deadly weapon is used, the offender shall be punished with additional canning with not less than 12 strokes.

The Police will not tolerate criminal acts which display a blatant disregard of the law and we will spare no efforts to bring those responsible for such reprehensible acts to justice.

Commander of Jurong Police Division, Assistant Commissioner of Police Shee Tek Tze expressed appreciation to the SPF officers for their perseverance and devotion to their duty in solving the case and said, “The suspect took proactive steps to conceal his identity. He covered up his features and avoided leaving any trace of evidence at the crime scene. However, this did not stop the Police from pursuing available leads to quickly identify and arrest him within 11 hours of the reported crime. The footage from the Police cameras were instrumental in the quick resolution of the case. This case exemplifies the relentless commitment from the Singapore Police Force in pursuing such criminals to bring them to justice.” 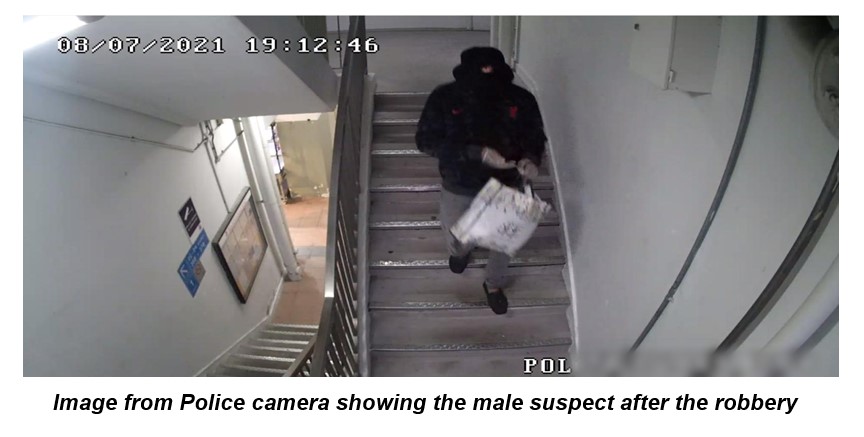 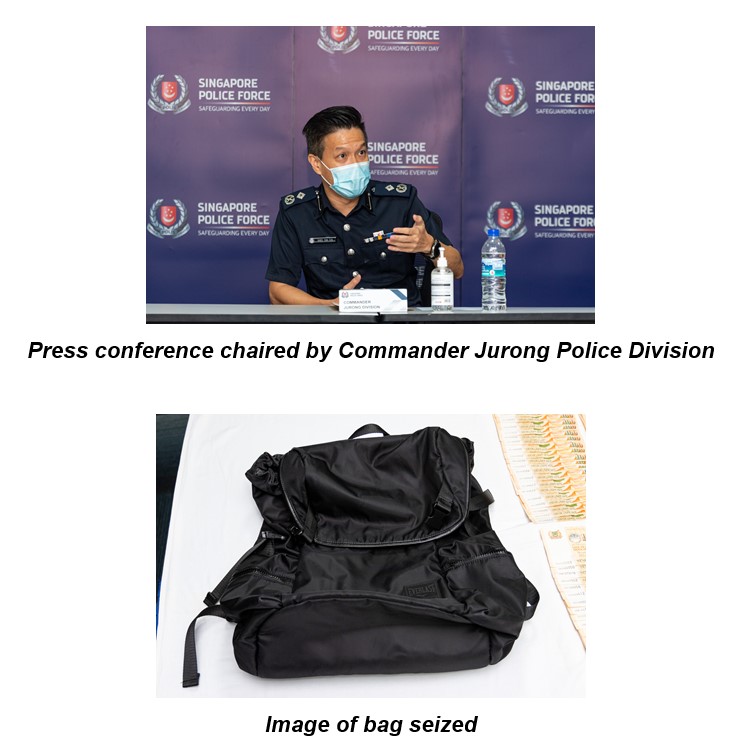