Man Arrested For Housebreaking And Theft

Man Arrested For Housebreaking And Theft

The Police have arrested a 34-year-old man for his suspected involvement in two cases of housebreaking and theft.

On 15 September 2022 at about 7.10am, the Police were alerted to a break in at one residence along Sims Avenue. Cash amounting to $1,150 and three handphones were purportedly stolen.  Later at about 5.10pm, the Police also received a report that another residence along Lorong 17 Geylang was broken into. One laptop and camera with a total value amounting to $1800 were purportedly stolen from the second residence.

Through ground enquiries and with the aid of images from Police cameras and CCTVs, officers from Bedok Police Division established the identity of the man and arrested him on 20 September 2022. A total of 12 handphones, one laptop and one camera were recovered from man. The man is believed to be involved in other property-related offences.

The man will be charged in court on 22 September 2022 with housebreaking and theft under Section 451 of the Penal Code 1871. The offence carries an imprisonment term of up to 10 years and a fine.

The Police would like to advise all property owners to adopt the following crime prevention measures: 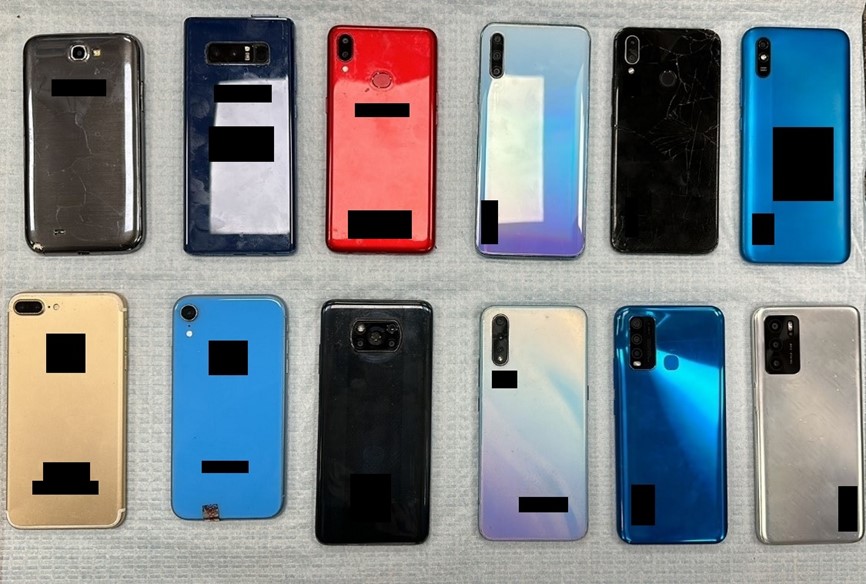